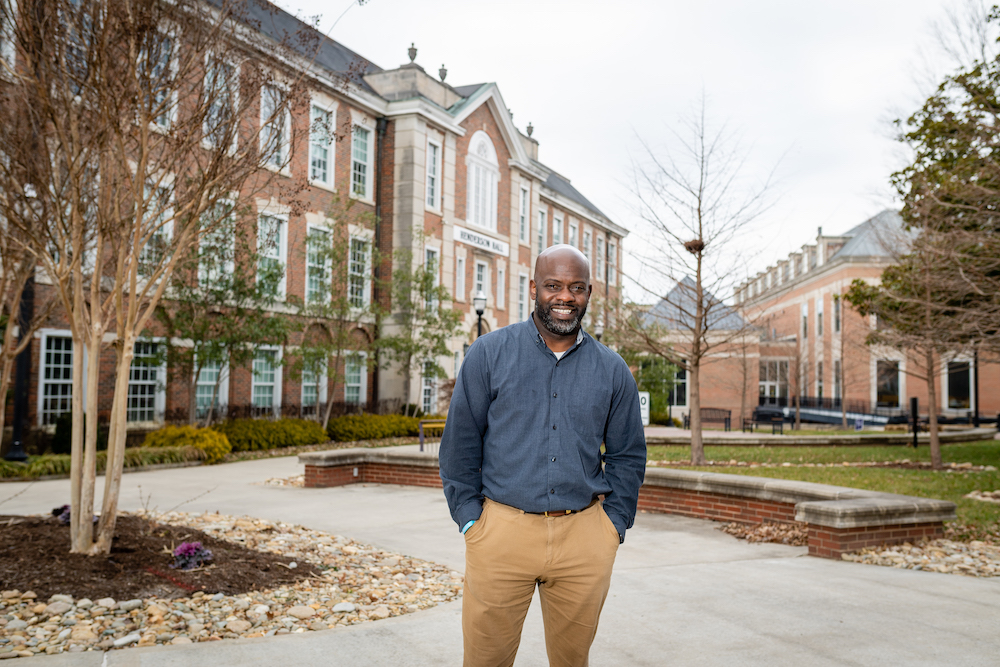 During his time as a student at Tennessee Tech, Damon “Dee” Prince knew he would need to adapt to college life, but he didn’t want to just survive. He wanted to succeed.

Life happened and, although his educational journey was not the traditional one, Prince found a community at Tennessee Tech that allowed him to be his true self and to grow through challenging situations.

Prince praises now retired Vice President of Student Affairs Marc Burnett for helping him finish school, because without him, along with Tech President Phil Oldham, Prince says he is not sure when he would have ended up completing his degree.

“I often think about if I had gone to a historically black college or university (HBCU) how comfortable I might have been, and there were moments here at Tennessee Tech where I was very uncomfortable.”

Despite his struggles, Prince graduated in ‘14 with a psychology and business interdisciplinary studies bachelor’s degree.

He also recognizes the differences in today's college climate versus when he was first attending Tech.

Because of his passion for diversity and inclusion, Prince is currently active within many organizations that include being a member of the Cookeville Multicultural Advisory Council, serving as the vice president of IMPACT Cookeville, and participating with the Cookeville Regional Medical Center Charitable Foundation.

An important factor in his everyday life is continuing the legacy of his late wife, Heather Kernell-Prince. His wife’s desire to enrich the city of Cookeville motivates Prince to be proactive in giving to the community through Legacy XI, a charitable initiative founded in the name Heather Kernell-Prince that focuses on giving to the Cookeville community and raising awareness for metastatic breast cancer.

Today, he is still involved with many of the same organizations he was involved with during his time as an undergraduate at Tech, including Phi Beta Sigma Fraternity Inc., Man-Up, and the Teens Need Training (TNT) program.

Prince has also served as the director of a non-profit child advocacy program where he interacts with many different people during the hardest times of their lives.

He credits Tech’s interdisciplinary program and campus life in helping prepare for the challenges he faces in his day-to-day work life.

“My encouragement to other people is if you are looking for an opportunity to be you in a situation where you have to be you or you will not succeed. This is the university that you need to be at.”

As an advocate for nontraditional students, Prince draws on his own experiences. He wants to be an example to those students and show them that if he can do it, then they can too.